Integrating technology into the gym experience

The launch of the Apple watch, plus other wearable devices which more effectively track health and fitness, got me thinking about research I conducted into how people use technology when they are exercising in the gym.

The gym environment poses some interesting challenges for designers of technology and particularly wearable devices, such as the individual preferences of the person exercising through to the physical restraints of the exercise being carried out.

During my research I explored people’s current exercising behaviour, their experience with fitness related technology, and observed how they interacted with technology whilst exercising in the gym. My findings were extensive so I’ve focused here on the most interesting themes from my observations of how people use technology as an aid to exercise in the gym.

The main behaviours I observed were:

Watching people exercise revealed some interesting nuances of behaviour which impact on the design of technology for exercise.

Some people actively sought out things to distract them from thinking about ‘the burn’ of exercise and so used technology for entertainment purposes. I observed them using their smartphones for watching TV, listening to audio books and messaging friends. This behaviour was most prominent in people whose primary purpose for going to the gym was to lose weight.

In contrast, people whose primary focus was on fitness actively avoided disruption. They tended to only use technology which helped improve performance such as the activity tracking display, or music to aid motivation and focus. Some purposely faced away from the TV screens or turned off smartwatch notifications so nothing would disrupt their sense of flow.

In addition, the type of exercise and the amount of physical and cognitive concentration needed also influenced the way people engaged with devices. When performing unvaried aerobic exercises, such as running on the treadmill at a constant pace for a long time, most people I observed used technology for distraction as the activity does not require a high level of attention.

Conversely, when lifting free weights many people I observed only listened to music or disengaged with digital technology altogether due to the intensity of the exercise and the need for awareness of technique and safety. Also, the absence of an embedded activity tracker means that they have to focus on counting their own reps.

The way in which people used data to aid exercise differed greatly. Some focused intently on tracking their performance such as time and distance; this was especially useful for those performing aerobic interval training.

I also discovered that people made use of performance data differently at different points during their workout. Most would avoid looking at their performance at the beginning of a workout because it was de-motivating to see little progress. However, around mid-way through they would use the figures to help set motivational micro-goals (e.g. keep the same pace for the next five minutes). In contrast, there were others who only viewed their performance data after they had completed the workout as seeing it in one go gave them a greater sense of surprise and accomplishment.

Interestingly, when it came to keeping track of time some people didn’t actually like looking at the clock whilst exercising as it made time appear to move slower and therefore increased their perceived level of effort. I noticed some people hid the time on the digital display by covering it with their phone or towel.

Furthermore, the use of performance data from the workout is not limited to the gym experience. Some people used the data captured from their workout to inform goals for their next session. These people took a more holistic view of physical activity where the gym workout integrated with other daily outdoor activity captured on their wearable devices, such as step count.

Interestingly, because of the variety of different exercises you can undertake in a gym, people’s desire to use certain technology often conflicted with what was possible within that environment and people were forced to find workarounds.

For instance many fitness bands, such as the Samsung Gear Fit, were unable to capture any useful data when people were using a static cycling machine, as the devices require GPS from a smartphone. Additionally, the dynamic body movements and change of positions involved in exercising posed practical restrictions on the ability to use certain devices; e.g. headphone wires would get in the way and there were limitations for where smartphones could be placed when on the resistant machines. I noticed situations where wearable activity trackers did not work well for certain gym activities which consequently impacted on the way people exercised. I saw for example that people did not hold onto the handle bars of the cross-trainer just so that their Fitbit wristband could track their movement.

The wearable technology industry is moving fast, especially when it comes to fitness. Since my research new tracking devices have launched onto the market, such as the Apple Watch Health Kit, which includes GPS and allows the measurement of both indoor and outdoor exercises. It also somewhat caters for individual needs as the device can learn patterns of activity over time and the user can set personal goals accordingly. Other health technologies are becoming more connected with the development of activity tracking clothing and footwear. Additionally, some gyms are proposing to provide a connected experience for their customers by introducing fitness bands that enable tracking of workout history (e.g. Virgin Active).

Nonetheless, current means of tracking fitness is still siloed because wearable technology and fitness apps are largely designed for tracking particular types of exercises, in certain contexts (such as outdoor running). As a result, different activities are being measured using inconsistent metrics (e.g. Fuelpoints on the Nike Fuelband) and data may be stored in multiple places. Therefore, it seems that achieving a holistic and comprehensive view of an individual’s fitness activity both inside and out of the gym is still some way ahead.

As my research showed, how people use technology within the gym is dependent on individual preferences and the exercise being performed. When designing technology which is either designed to fit within the gym experience, or join up across different contexts and types of exercises, there are a number of things to be considered. Here are some initial thoughts, feel free to add your own via the comments section. 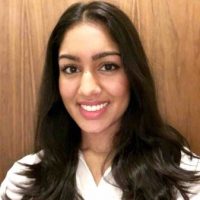 Misha is a User Experience Researcher and Designer at Amaze; her aim is to understand how people interact with their world and design meaningful solutions for real life problems. She is passionate about innovations in digital health such as designing for health behaviour change. She has a MSc in Human Computer Interaction and Ergonomics, and a background in Psychology, with some experience working in the mental health sector.