If you asked practitioners or non-practitioners, what they believe UX really is, you will get many definitions and references to a variety of practices. This is partly due to the fact that so many fields saw the value in user experience, and adjusted their approaches to accommodate it. Putting aside for now, the fact that the details will change, depending if the product is entertainment, utility or enterprise, the core of UX is to: Align products to people’s internal/external needs, while taking in account their digital competency.

Is there therefore nothing, that can’t be assumed in advance?

A problem I personally have with these tools (the ones I worked with at least), is that they are reactive. We need to gather data as if it is “new” for every product and market. But is this true? What if we had data that could be used proactively shape the design, before you get to testing? Designers first designs tend to copy existing popular products, but we don’t have context of their design decisions and their products aren’t necessarily better. If you do UX long enough, you do see patterns emerge; patterns of interaction with which users consistently struggle with or find easy. Is there therefore nothing, that can’t be assumed in advance?

Is there maybe something that is consistent in this dynamic between user, the device/software/app and the context of use? It isn’t the product, because with products we are always testings new products or features. It isn’t users on a “personality” level, because people all have an unique personalities, due to experiences. We create 5 personas to generally capture these differences. It isn’t context, because people use products in many context variants (which should be captured in good personas).

…the brain follows the “path of least resistance”

Is there anything consistent inside people? What is consistent, is how the brain works. The brain does many wonderful things, but consistently the brain follows the “path of least resistance”; we try to do the least amount of work to get a task done¹.

In “Thinking, Fast & Slow”, Daniel Kahneman explains how we move tasks that requires a lot of thinking, to become automated tasks (which requires no thinking).

This is a also common underlying theme if you look at “100 Things Every Designer Should Know” by Susan Weinschenk, Ph.D.: (i) People don’t want to think or work more than they have to, (ii) People have limitations, (iii) People make mistakes, (iv) Human memory is complicated, (v) Attention challenges, (vi) People create mental models, and (vii) Comprehension is gained from the visual system.

Every time we add another feature, it changes the app’s processes to work differently, to what users expect or require users to remember data in order to do something. We are forcing them to “actively” think (active thinking requires a lot more effort than passive thinking). If you look at how much information the human brain has to process every second (the subconscious brain handles 11 million bits of information per second), you can’t blame it for trying to find “shortcuts”, but these shortcuts unfortunately create problems for people.

So what can be done in order to limit or address these “challenges? What follows is not a complete list of “tools”, but a start in trying to discover this “path”.

How to build a “Path of Least Resistance”

For me, “Path of Least Resistance” is a start in order to explore users’ digital competency, which is what needs to be tackled, once you have identified their needs and shaped your product’s content in order to address it. 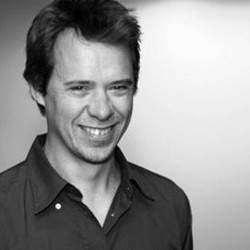 Bertus is based in Cape Town, South Africa and is a User Experience Designer at Konga Online Shopping Ltd, and guest blogger for the CUXA.

He is passionate about improve the experiences people have with digital products, with a special interest in Healthcare.